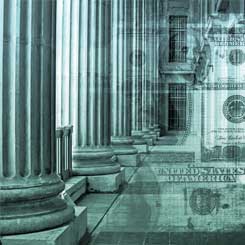 Prior to settling for credit repair companies, it is important to know their credibility. Better Business Bureau can help you by allowing you to find out the number of complaints that have been filed against the company you want to hire. The company that you are planning to hire should also be accredited by the BBB and watch out for the ratings that the BBB gives these companies. Of late, it has been observed that there have been rise in the number of complaints that have been filed against the credit repair companies and also the State Attorney General’s office. Aside from banking upon the BBB, it is important that you know what your rights are. Go through the fine print when it comes to the FCRA or the Fair Credit Reporting Act as well as the Credit Repair Organization Act.

Earlier in 2012, a study was carried out by the Better Business Bureau on various aspects of debt settlement and credit repair. The main focus was, however, on the consumer complaints. Also much stress was laid on the changes that were incorporated in the laws pertaining to the different credit repair policies and their enforcement. On conducting the study, it was found out by the BBB that the incidence of consumers seeking professional assistance related to credit repair companies and debt help companies escalated by over 800% in less than 5 years. And amongst these companies there were several companies that were not competent enough to handle the cases of consumers that had approached them for credit repair. One of the main causes of concern was the fees that the credit repair companies were charging long before they could show any results. However, as per rules, unless credit repair companies were able to accomplish their task, they could not charge fees from consumers. There were also instances, when credit repair firms had run away with money taken from consumers without delivering what they had promised.

As per a recent study that was carried out as many as 133 complaints were processed by the Better Business Bureau in the year 2006, which escalated to 1,084 cases way back in the year 2010. The figures have been rising since then. These cases were all related to working of the debt help firms as well as credit repair organizations. There have also been several instances when the FTC has fixed credit repair companies.